INAUGURAL SEASON OF FLAVOURS AT LONGRIDGE ON 6 NOVEMBER

Thirteen iconic Stellenbosch wineries will get together on Thursday 6 November from 17h00 – 21h00 for the inaugural pop-up event “Season of Flavours” at the beautiful Longridge Wine Estate with the Helderberg mountain as a backdrop.

Participating wineries will be arranged around the perimeter of the cellar building, overlooking the organic herb & vegetable garden and Table Mountain. Chef Bruce von Pressentin & culinary consultant Marilou Marais Ferreira will create a selection of canapé-sized dishes to be paired with flagship wines from the participating wineries.

Tickets for the event, at R250 each, includes a branded wine glass and a voucher booklet to the value of R120 for the purchase of the canapés on offer.

Additional vouchers will be available during the event for those who want to taste more of the selection of mouth-watering dishes. Wine tasting is free and event-visitors will be able to purchase all the showcased wines on the evening at special prices.

As this event takes place one day prior to the full moon rising over the Helderberg, a spectacular evening is forecast for those holding a ticket!

Only the first 300 people will be able to purchase tickets from the Longridge Restaurant at 021 855-4082 or online at www.plankton.mobi. For further information about this event, please contact Bjorn van Oort at 021-981-0216 or bjorn@cvomarketing.co.za 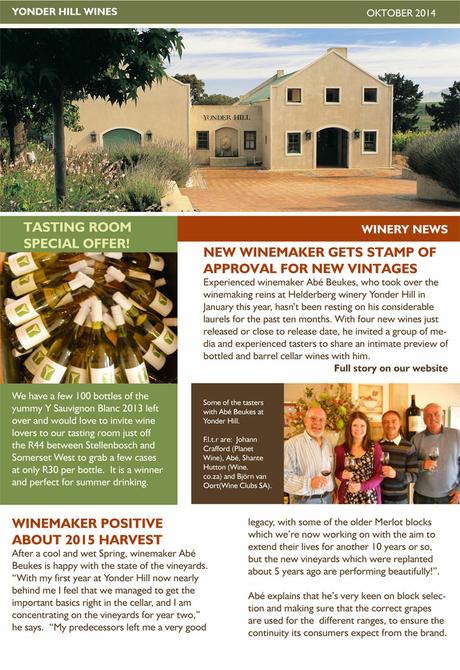 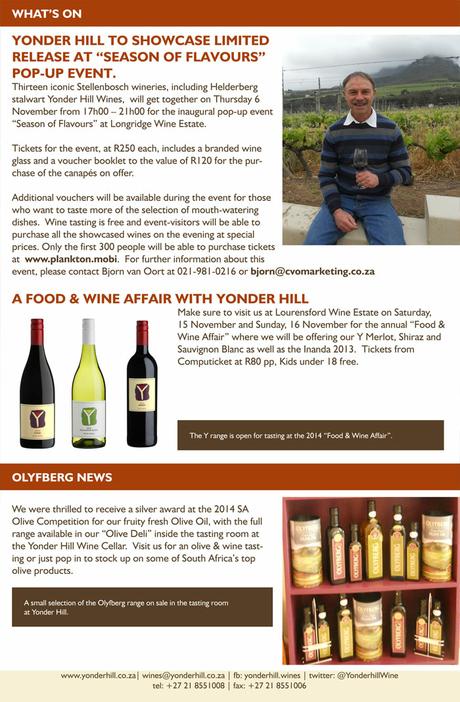 NEW WINEMAKER GETS STAMP OF APPROVAL FOR NEW VINTAGES

Experienced winemaker Abé Beukes, who took over the winemaking reins at Helderberg winery Yonder Hill in January this year, hasn’t been resting on his considerable laurels for the past ten months. With four new wines just released or close to release date, he invited a group of media and experienced tasters to share an intimate preview of bottled and barrel cellar wines with him.

The highest rated wine amongst the flight of four, was the 2012 Yonder Hill Merlot (R145 per bottle) which shows the Helderberg region can produce a quality version of this cool climate varietal from a tiny older vineyard set against the slopes of the impressive mountain overlooking the cellar building.

Abé commented that he wants the Yonder Hill terroir to shine through in all his wines, and this one in particular as it is one of the wines which made the farm famous. Taster Johann Crafford said it’s “a drinking wine and a thinking wine”, high praise indeed from a wine professional.

The Bordeaux style Yonder Hill Inanda 2013 (R85 per bottle) once again features the great red varietals Cabernet Franc, Cabernet Sauvignon and a dollop of Merlot and Petit Verdot to give it that smooth finish, so beloved of this wine.

The 2014 Y Sauvignon Blanc shows its origins from Durbanville and Darling and will once again satisfy its many fans with tropical and some greener flavours, without excessive acidity. The tasting group felt that the Y Merlot 2014 could age happily for a few more years, but is already drinkable due to the ripe fruit on the palate. At the value-for-money price point of R40 per bottle, consumers can’t go wrong.

Y Sauvignon Blanc 2014
Clean & fruity with fresh acidity but not too racy. Shows tropical fruit like granadilla & pineapple, but also greener flavours from the Durbanville grapes used like asparagus, canned peas and green pepper. “Summer in a glass” commented one of the panel.

Y Merlot 2014
Lots of mocha and cedar on the nose with red fruit like strawberry and mulberries to balance the wood elements. Soft and smooth but with firm tannins and will still age well for a few years. A lot of back bone for a value-for-money wine. Drink and enjoy.

Yonder Hill Inanda 2013
Juicy red fruit and ripe dark fruit with some dark chocolate on the nose makes for a full-bodied, well-balanced wine. Easy-drinking with ripe firm tannins. Should age for a few more years, but will probably be finished long before it reaches optimum drinkability.

Yonder Hill Merlot 2012
A serious and well-received wine with comments about its rounded, smooth mouthfeel whilst still featuring a strong tannin structure. A lingering finish makes this a wine to keep and taste over time. 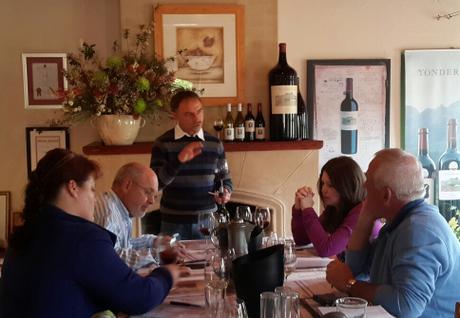 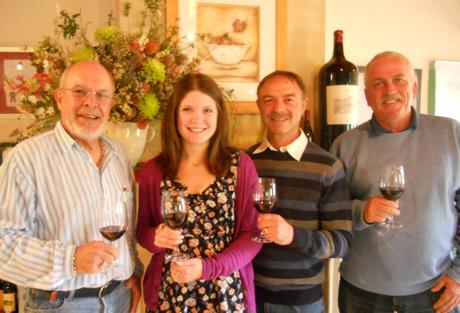